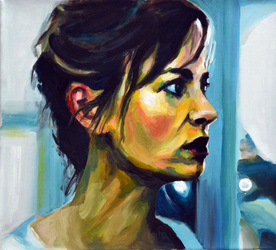 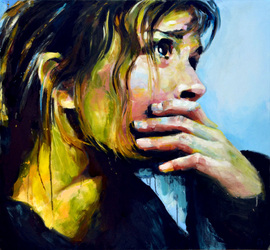 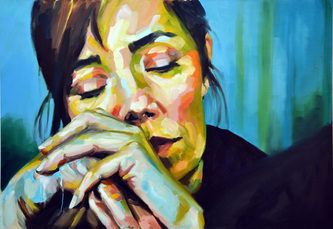 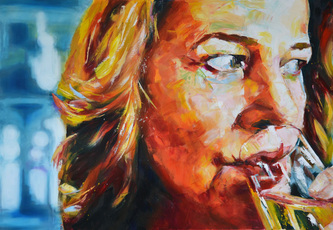 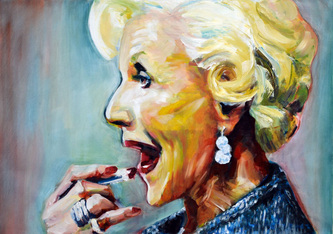 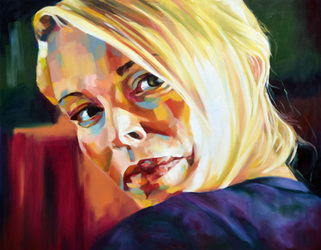 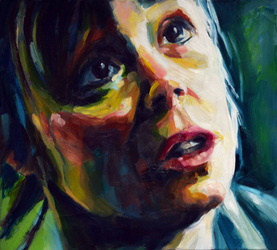 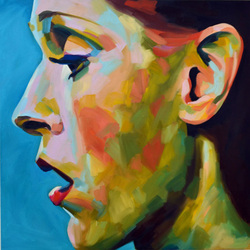 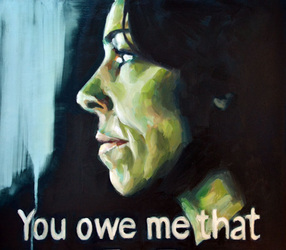 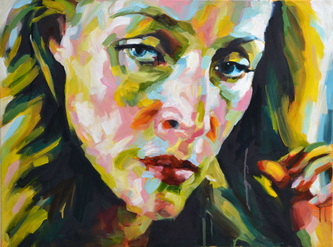 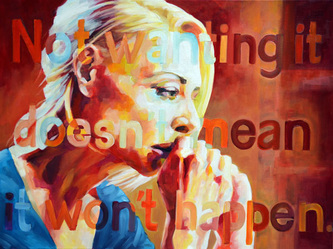 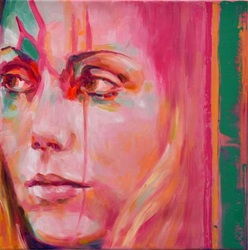 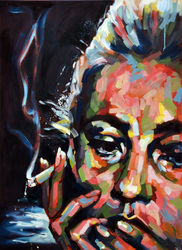 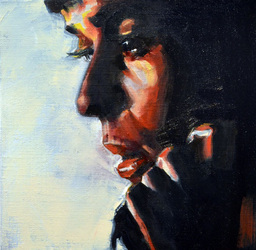 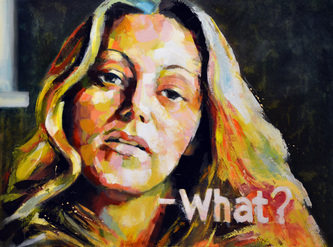 In this body of work the subjects are the female leads of European crime dramas, thrillers and film noir, women frequently portrayed as in a state of inner conflict. These are women who are strong, dominant and seemingly aloof, routinely cast as unable to form lasting relationships and for whom a private life and a work life are at odds (an issue rarely touched on in male character leads). They are fascinating, flawed, avowedly anti-feminine subjects; subjects who refuse objectification. I hope to capture a moment, a gesture, an expression that conveys some of their pragmatism and turmoil and also their strength and beauty. The fiction of the character is heightened by an exaggerated use of colour and sometime-subtitled text. The subtitles or dialogue become the paintings’ titles.
This series is an attempt to capture the action of expression out of context. Unlike the women of magazine adverts - inert, amiable and awaiting the impressions of the viewer - these gestures are unselfconscious, everyday, universal and not intended for immortalisation.
In the absence of any storyline the viewer must project their own personal drama. 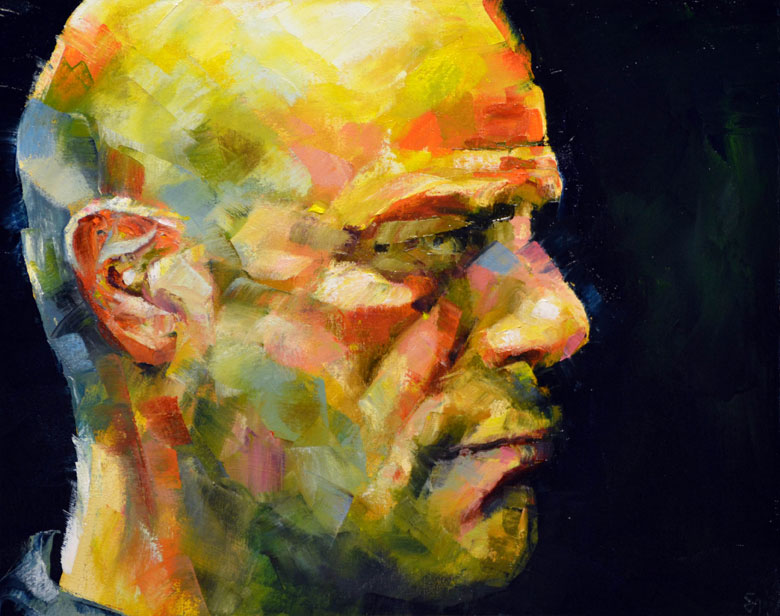 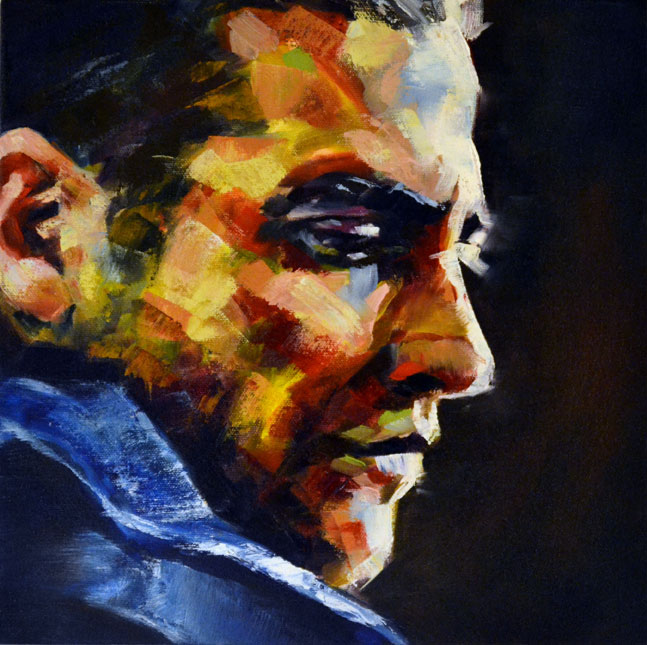 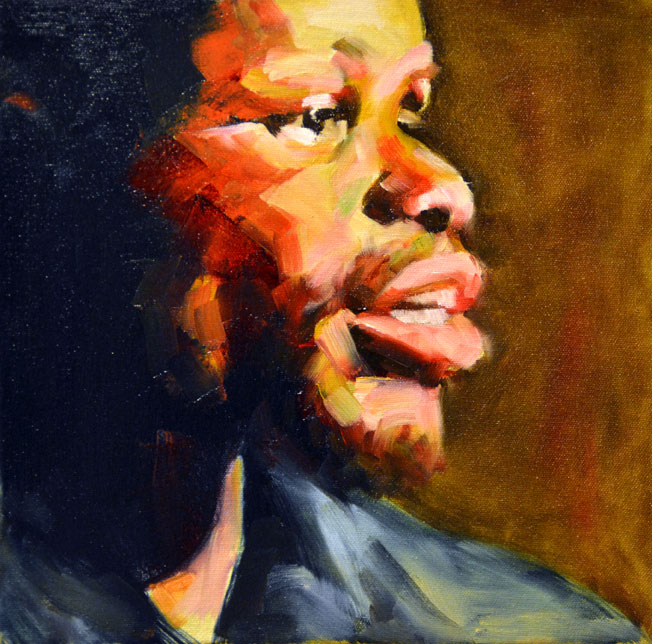 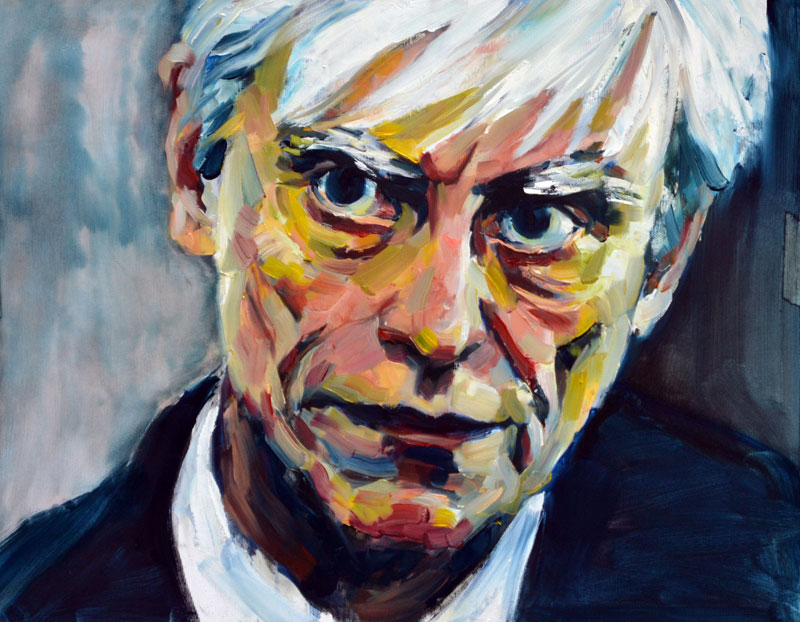 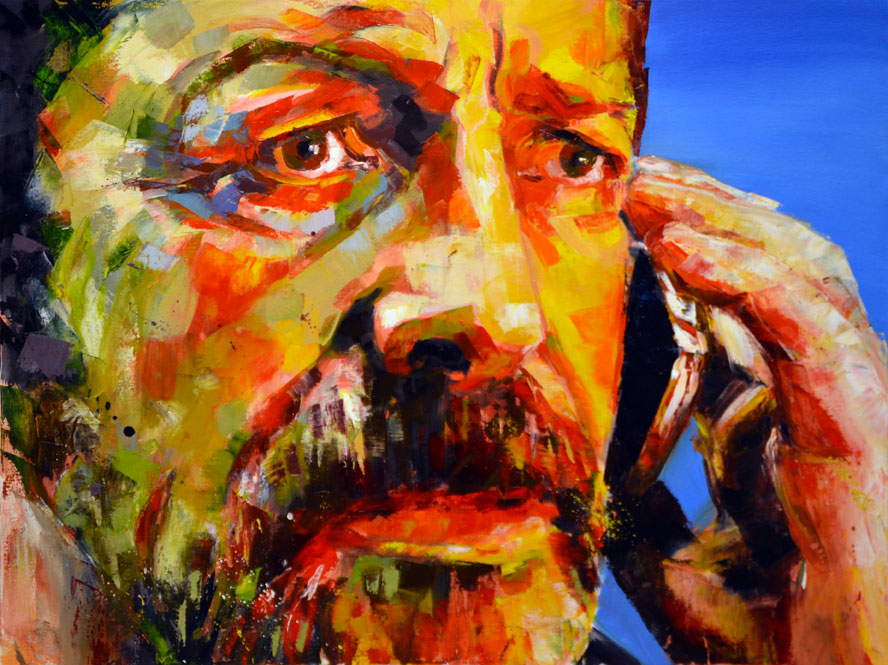 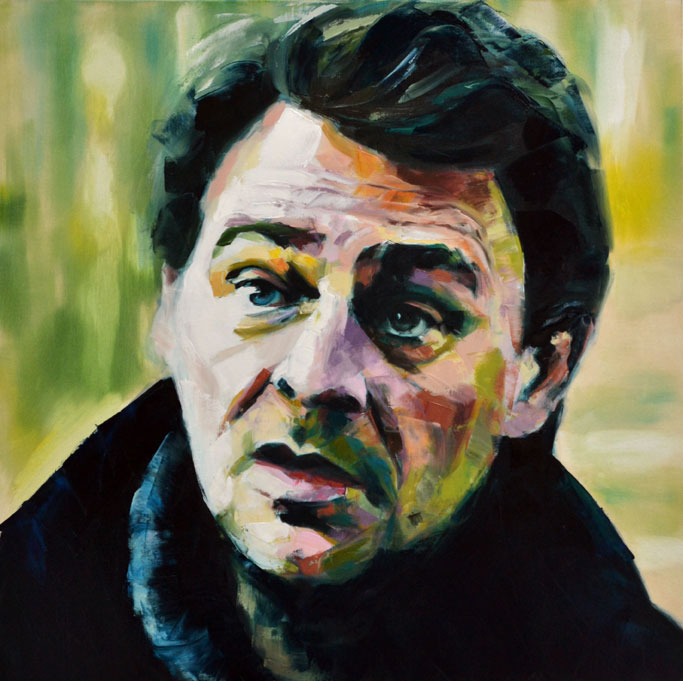 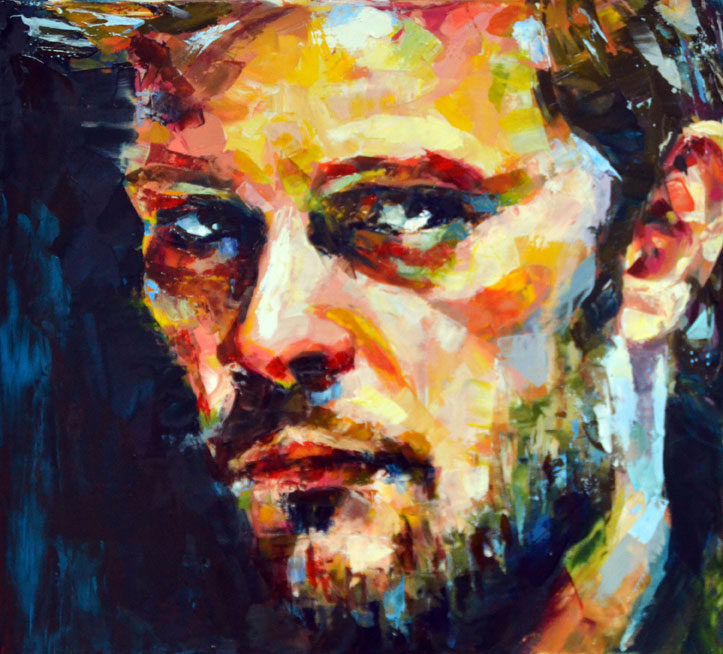 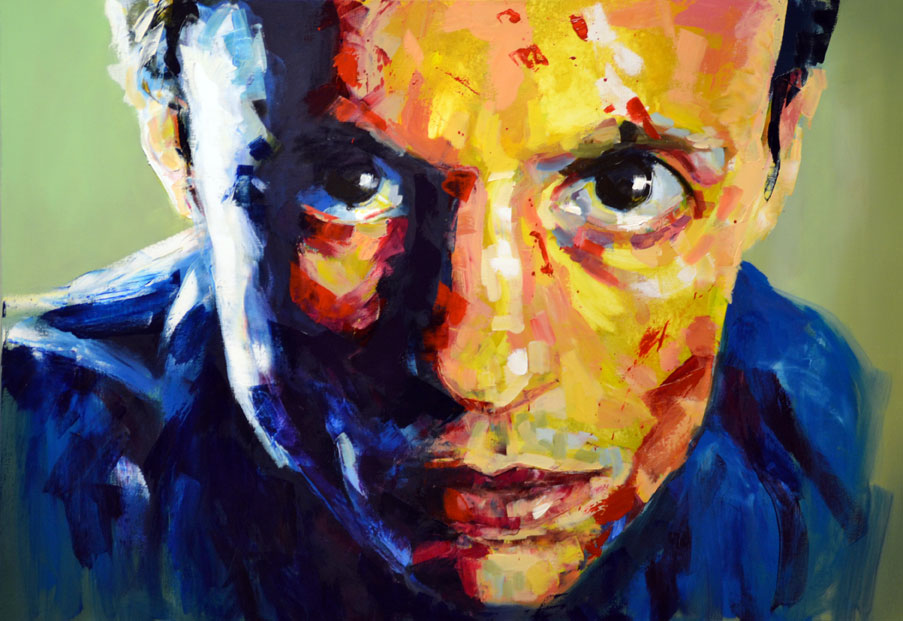 Although essentially in the form of a portrait, these subjects are neither posed nor heroic. These men are emotionally vulnerable, full of uncertainty, remorse or melancholy. These paintings are captured moments in time, taken out of context, based on the portrayal of fictional characters; their titles relating to the dialogue.
This project is inspired by the characters (mostly male detectives) taken from European crime dramas and thrillers.
​©Sal Jones, all rights reserved, 2021